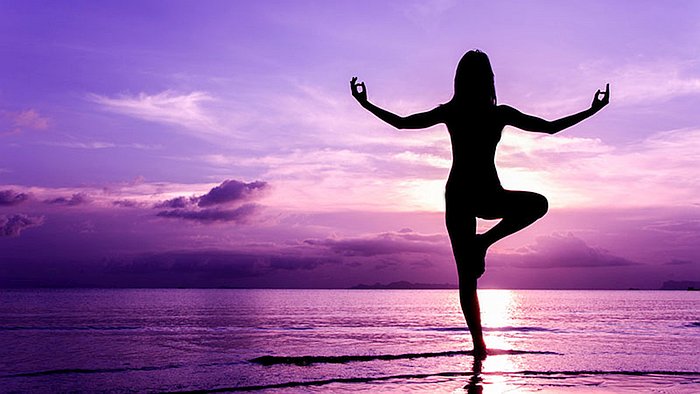 Live on a beach paradise island, excellent snorkeling in the clearest waters in the world, very peaceful environment with a maximum of 30 guests, with 15 local fishermen families half spread out on each side of the island. The perfect meditative environment where to focus without distractions.

I myself have learned some Reiki, crystal healing and massage, but only a little bit of yoga, my healing page here.

The perfect environment where a teacher can develop a business. We can figure out some profit sharing plan, or volunteer work when customers are few.

Latest pictures of the place here.

Our bodies are comprised of roughly 85% salt water, with electrical currents constantly traveling along the nerve highways (like wiring) that we are essentially walking energy beings. There are 7 energy focus points called chakras, the imbalance of which can lead to diseases and sickness. With proper eating, a healthy alkaline environment and energy balance, we need never get sick.

Yoga teaches how to position the body to balance its energy. It is an ancient science of health and well being by tuning the body for optimum energy flow.

Experience AWESOME sunrises and sunsets in this peaceful paradise.

The beginnings of Yoga were developed by the Indus-Sarasvati in Northern India over 5,000 years ago, although some argue that its beginning could be from as long ago as 10,000 years. The word yoga was first mentioned in the oldest sacred text, the Rig Veda, a collection of readings used by the Vedic priests. Yoga was slowly refined and developed by the Brahmans and Rishis (mystic seers) who documented their practices and beliefs in the Upanishads, a huge work containing over 200 scriptures. These scriptures basically described the internalisation of ritual sacrifice from the Vedas, preaching sacrifice of ego through self-knowledge, action (karma yoga) and wisdom (jnana yoga).

In this pre-classical stage of yoga, the practice was a combination of different ideas, beliefs and techniques that often conflicted and contradicted each other. The Classical period is defined by Patanjali’s Yoga-Sûtras, Patanjali often considered the father of yoga. 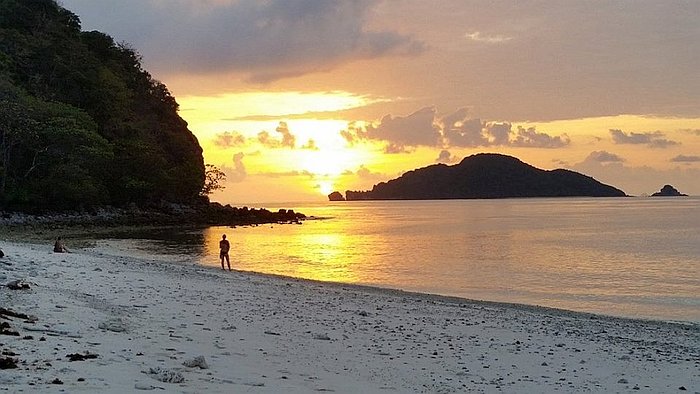 More pics of sunsets, sunrises and fluffy clouds on our Facebook photo album for this,
where you will find lots of other albums with the latest pics of this place.

A few centuries after Patanjali, yoga masters designed a system of practices intended to rejuvenate the body and extend life. They rejected the teachings of the ancient Vedas and embraced the physical body as the means to achieve enlightenment. They developed Tantra Yoga, with radical techniques to cleanse the body and mind to break the knots that bind us to our physical existence. This exploration of these physical-spiritual connections and body-centered practices led to the creation of what we primarily think of yoga in the West: Hatha Yoga.

In the late 1800s and early 1900s, yoga masters began to travel to the West, attracting attention and followers. This began at the 1893 Parliament of Religions in Chicago, when Swami Vivekananda wowed the attendees with his lectures on yoga and the universality of the world’s religions.

The importation of yoga to the West still continued at a trickle until Indra Devi opened her yoga studio in Hollywood in 1947. Since then, many more western and Indian teachers have become pioneers, popularising hatha yoga and gaining millions of followers. Hatha Yoga now has many different schools or styles, all emphasizing the many different aspects of the practice. 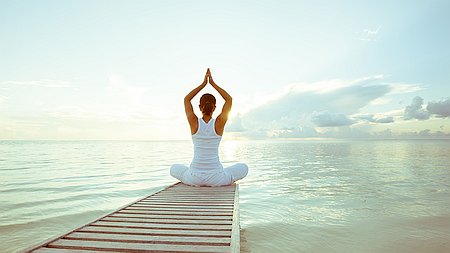 Hatha in the ancient language of Sanskrit actually refers to any yoga which teaches about physical postures, making all yoga technically Hatha in one form or another. It is good for beginners because it advances slowly and you only need to hold the posture for a few breaths.

As a beginner I tried Hatha when I lived in Thailand, but as a sportsy guy who likes movement, I think I would much prefer this form of yoga, as it combines movement and breath in a dance like way. No agonising, long held postures which would only bring discomfort or possibly even muscle cramps, but poses are short and the pace can be quick. Prepare yourself for a good, ergonomic workout combined with music beat to match. Endurance athletes are often drawn to this type of yoga because of the continuous movement.

Now we’ll get real nit-picky and focus on the detail, using yoga blocks, blankets and straps to help you maintain the postures longer. 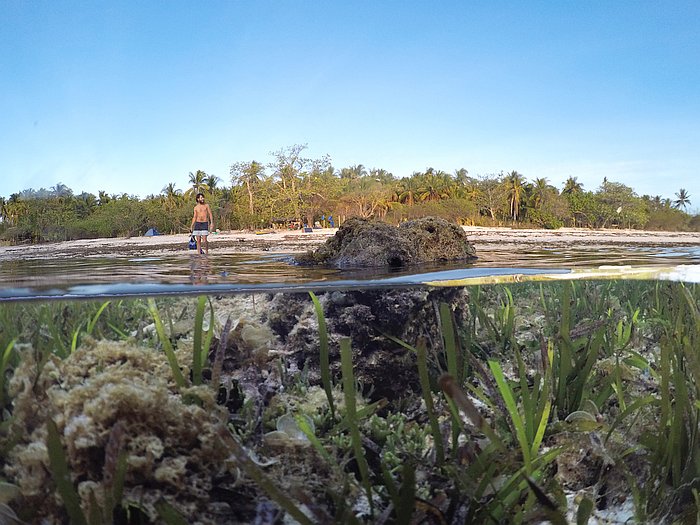 Excellent snorkeling (past the point in this pic) just offshore
in the clearest waters in the world.

If you’re a perfectionist, you’ll love this form of yoga as it cycles through the same six series of specifically sequenced yoga poses, breathing through each pose to build an internal heat.

Speaking of internal heat, why not add some by cycling through a specific series of 26 poses and two breathing exercises in a room heated to more than 40C with about 40% humidity. The 90 minute sequence is usually all the same, but remember to always hydrate yourself properly beforehand. It can get strenuous!

Similar to Bikram but not limited to the same 26 poses. With your muscles so heated and hydrated, you are able to hold certain poses longer, but it might be easier for you to overstretch, so be careful. Good for hardcore sweat lovers.

This video should give a good idea of what it’s like here.
More on our Google+ page.
A fascinating form of yoga whereby you combine repetitive exercises with intense breathing, while chanting, singing and meditating for the purpose of opening up the highway of energy between the chakras in the hopes of channeling it to break through your third eye, that chakra point hovering in front of your pineal gland.

This can make you a much more aware person and connect you better to the cosmos. But beware! This practice should be supervised properly because there have been stories whereby the force was so strong that it dislodged the person’s consciousness from its body, only to be replaced by demon(s). Read kundalini.se for interesting testimonies.

Good for people interested in spiritual advancement and a more meaningful use of yoga.

If you don’t mind poses, be prepared to hold them for minutes at a time. A meditative type of yoga focusing on the deeper connective tissues and fascia. Props will be used to help you relax in each pose instead of relying on your muscles. Good to restore the body’s youthful vitality. A good way to stretch and unwind, but those who are super flexible should be careful not to overdo the stretching.

A mellow, slow-moving practice with longer holds focusing on deeper relaxation and restoration of the body. Good for those who are anxious and can’t seem to slow down, those suffering from insomnia or anxiety in general. Also good for athletes on recovery. Poses are held long but supported by various props to help you fully relax. 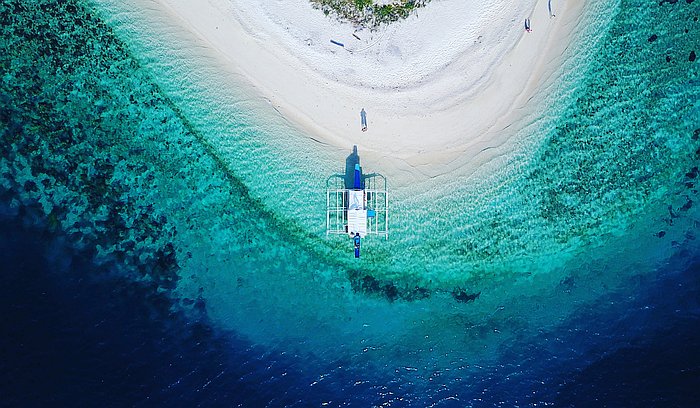 Or join one of the many boat tours we organise to explore the broader area.