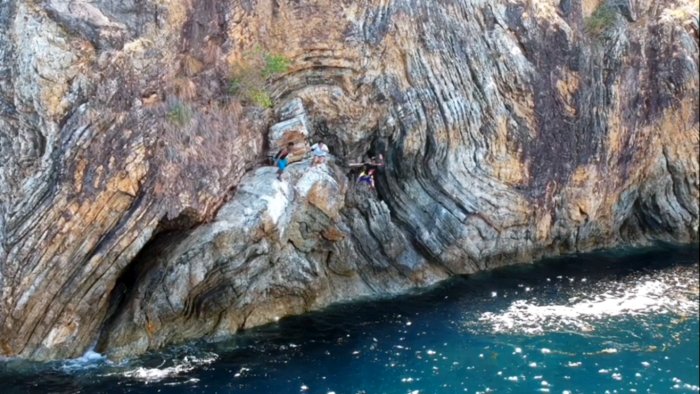 No matter how clear the water and fantastic the snorkeling can be on these countless paradise beach islands, sometimes its nice to do something a little different.

This can be found on the big, central island of Linapacan, a bit west of its main town of San Miguel. Both the cliff diving at Doble Nueve and Spanish fortress are in the same area, so both can be accomplished in the same session, although, as explained below, renovations of the fortress are not yet completed.

Be warned that the climb up for the diving is not that easy. Although there is a rope in place to help, the initial part of the climb is quite steep and the rock is very hard (although not sharp or painful to walk on). And although the height overall is not great, it is still a bit scary to jump into the water. Your boat will anchor offshore from the jagged rocks, so you’ll have to swim a bit to get to the climb, and if the water is choppy and wavy as it splashes against the cliff face, the initial climb out of the water may be a bit challenging. So just be careful, but for me it was definitely worth it!

Here’s a video of the experience: 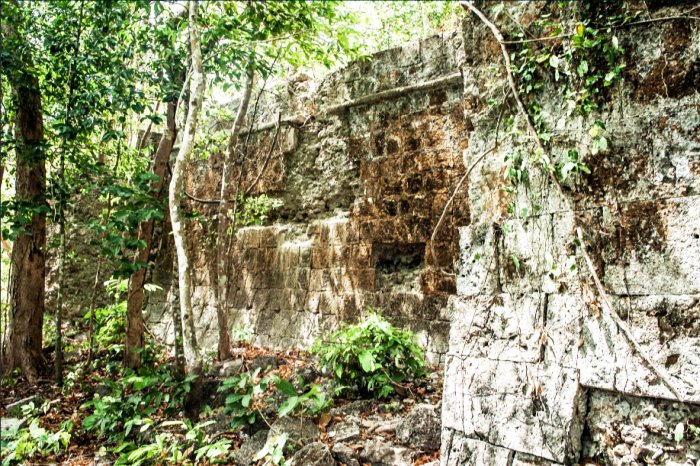 For more than two years I lived on the beautiful island of Dimancal, where I constantly egged the locals to include this old fortress in their boat tours, but each time they’d just wave their hand explaining that its reconstruction is not completed and that the path is hard to find. Later I learned they received half a million pesos from the government for its rehabilitation, but years passed and still no progress, even with my own humble although much appreciated contribution. I was even prepared to put together a band of volunteers equipped with machetes, saws and axes to at least kick start this project somewhat, but alas, my term in this paradise was coming to an end and I did not manage to host a large enough group to make it happen prior to my departure.

Nevertheless, as is explained below, someone did manage to find and document it, and explain in detail how to get there. If you like these sorts of historical sites and if equipped with these instructions, you can egg your boatman to take you there. Perhaps even ask to borrow some machetes and make it easier for others to follow. At least in this way the locals will realise it has value and be motivated to do something about it.

A relic of Palawan’s days as a Spanish stronghold in the 18th century, it was built between the 1620s to 1738 to help defend the area against the Moro invaders. There are actually three fortresses in the area, the last one only a few low walls remaining but in the shape of a pentagon. The town of San Miguel was originally located under the main fortress, but later moved to where it is now after WW2.

Here is a recount of Cheyenne Morrison (linked to from above) and who has won several awards for his explorations of the Philippines:

“But I was determined to track down the fortress as the fact no one knew where it was just made my fascination stronger. On a brief trip to Manila I took the opportunity of researching in the National Library of the Philippines, and after 4 hours of wading through ancient accounts I came across the following description.

On the island of Linacupan, beside the town and on the edge of the sea, rose a rock whose ascent was difficult with only one access to the top. A plain extended over it and there a parapet of masonry had been constructed, surrounded and guarded by artillery. It dominated the town and defended its entrance so well that it couldn’t be attacked without the attacker being attacked in return. Within was a church, quarters for the troops, some houses of refuge for the inhabitants and a natural spring that provided sweet and potable water.

The inhabitants and the priests, without any aid from the central government, supported the fort. It was only during the administration of Gov. Fernando Valdes-Tamon (1739) that four cannons, the battery and gunpowder were sent for its defense. — Vicente Barrantes (1878) 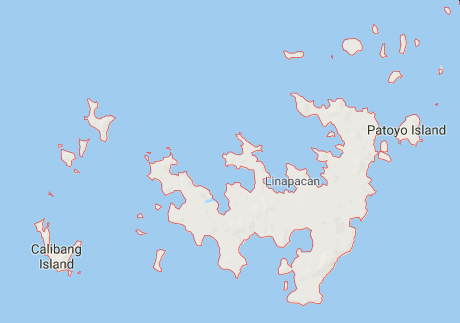 Entering one of the larger bays we stopped a local fisherman for directions to the village of Caseldan, he pointed in a rough area, but as we proceeded closer we couldn’t see anything. Coming closer into the end of the bay we asked another fisherman who gave us a better direction. Finally we could see a small bay with a beach dominated by a large hill, a deep anchorage extended into the bay and there were 3 houses on the beach.

I pointed to the hill covered in very old trees and said to my friends “That’s the Fort, I’m sure of it because it’s in the right place and those trees are very old”.

Sure enough when we asked the people on the beach they said yes the fort was on the hill. We went just behind the beach where we came upon a small stream which fed into a well. Just past this a small trail turned left and steeply up the hill.

After a few minutes of pushing our way through the undergrowth I spotted the first stone wall which was only 2 foot high, this was the edge of the outer rampart which surrounds the fortress proper. After about 5 meters we came to a corner of the fortress and we followed the walls along to the front of the fort which is dominated by two Baluartes or bastions. These are heavily overgrown by Balete trees, a kind of strangler fig which has grown up through the fortress walls giving it the appearance of the temples of Angkor Wat in Cambodia. 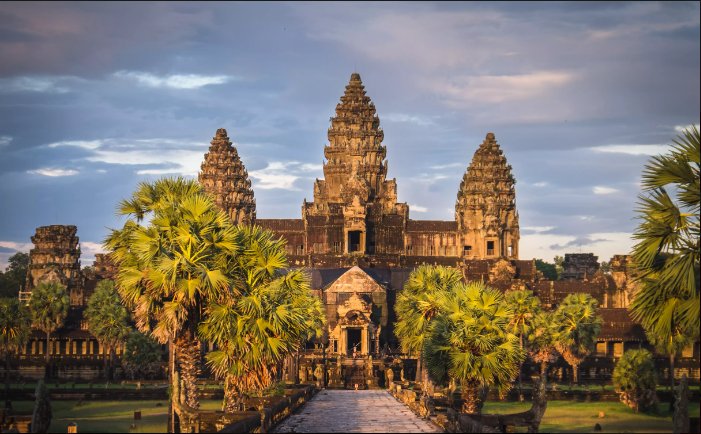 As we progressed our way around the wall we passed the other Baluarte and as we rounded a short wall we came to the entrance to the fortress. As we entered a very large gate a stairway was immediately to our left, we took this up to the upper ramparts of the fortress and with difficulty made our way all the way around.

From the SW Baluarte we could see the beach 250 feet below us, and if the trees were cleared we would have a fantastic view of the surrounding area. In the middle of the fortress it is overgrown with trees some of them with huge roots.

As we stood on the upper parapet of the SW Baluarte and gazed down into the bay I could almost feel what it must have felt like being a Spanish soldier in one of the most remote outposts in the world.”

How To Get There:

The fortress is located 13.5 kilometers west of Linapacan’s main town of San Miguel, in Sitio Caseledan, Pangaraycan, in North Bay located in Barangay Maroyrogrog. For more detailed instructions refer to the section above.

To get here you can join or book one of our private custom Palawan boat tours between El Nido and Coron. Tons of paradise beach islands to see along the way, excellent snorkeling in crystal clear waters, caves to explore, Spanish fortress and much more. Completely off the beaten path!

What a unique and fun experience the diving was! Cant wait till the locals fix up the fortress.